Working with Setlist Songs in Setlist Helper for iOS 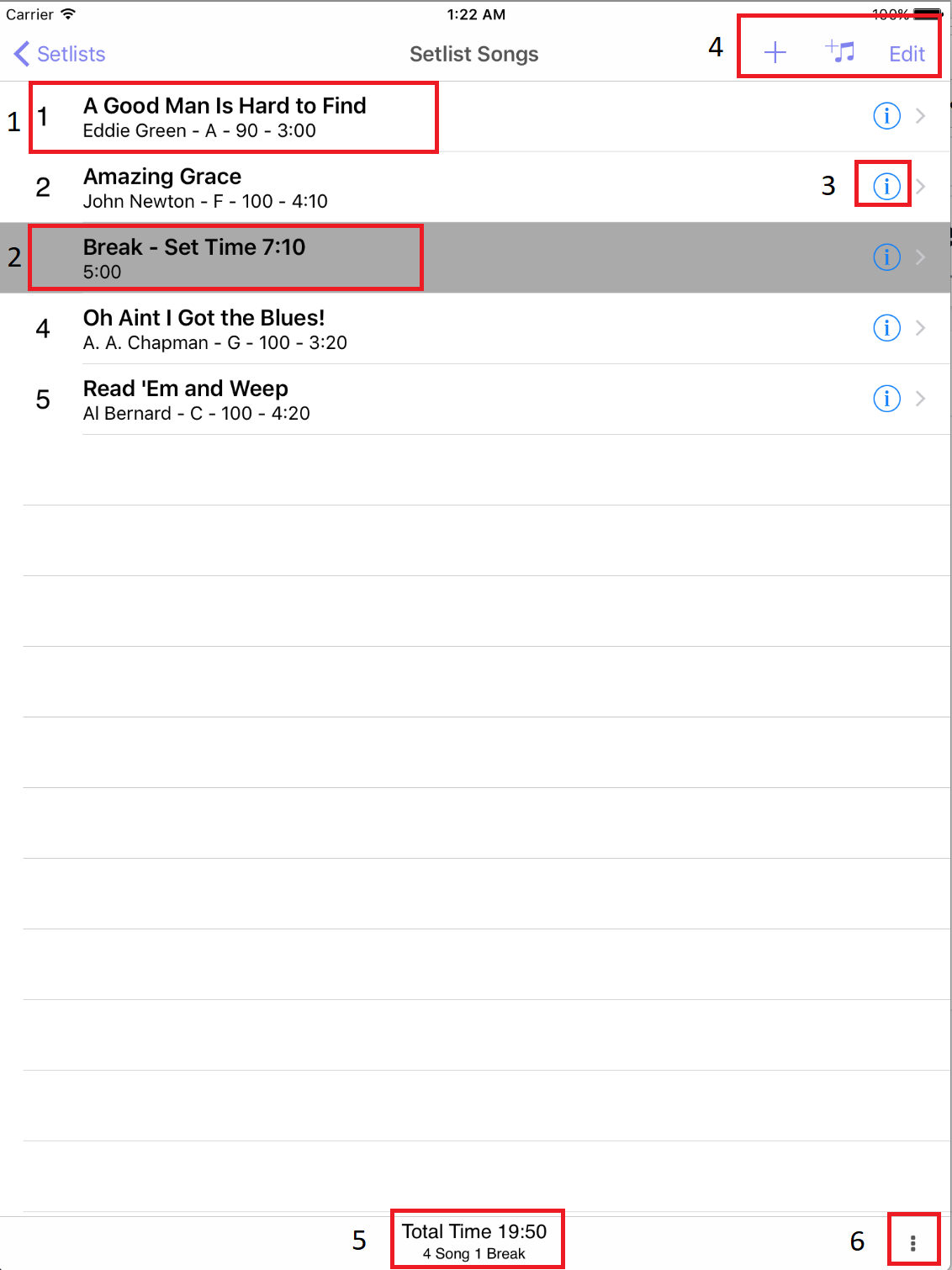 Tap the plus button shown in #4 above to add a new song or set break. When you perform either of these actions the new Song or Set Break will be added at the end of the setlist. Moving your these items will be described below.

Adding Songs from the Song Catalog

Tap the icon with a plus and music notes to add songs to your Setlist. 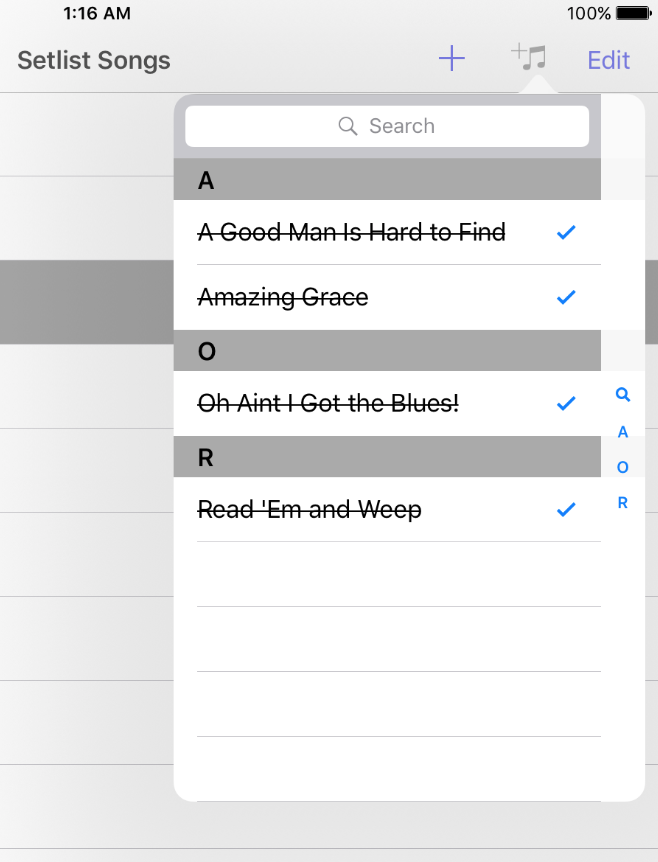 The view above is the Song Catalog selector. If the song is in the setlist songs it will be check and the text will have a strike through it. If you want to add the song twice tap the marked row again.

Arranging and removing song in the setlist 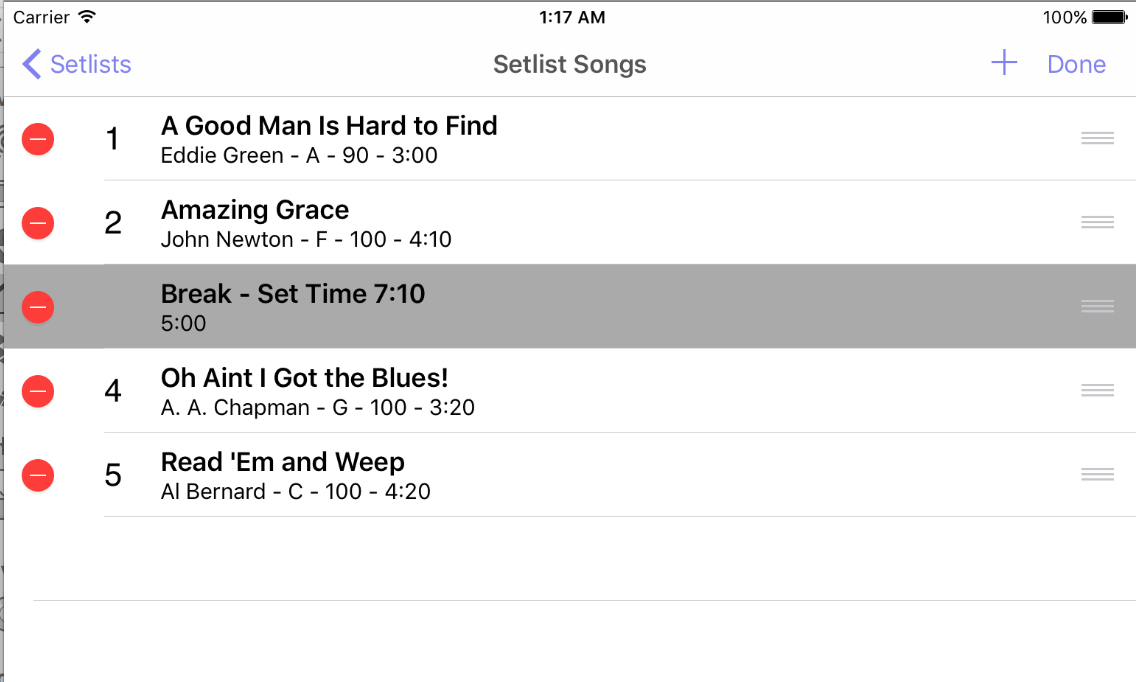 Tap and hold the icon with 3 vertical lines on the right and move your finger to the spot you want to place the song. If you want to delete a Song or Set Break tap the red circle on the left.

Tap the icon with 3 vertical dots on the bottom right and you will see the menu below.